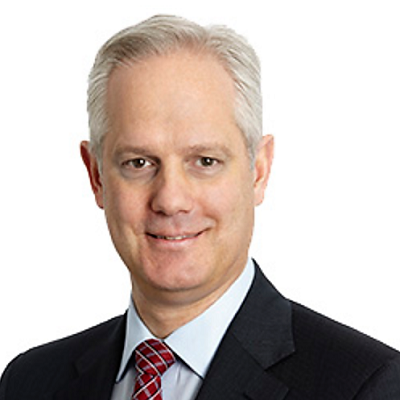 As Executive Managing Director, Retail Services (Canada) at Cushman & Wakefield, John is spearheading a multi-faceted strategy to grow the Canadian Retail platform, including strengthening the retail tenant representation and agency leasing service lines. He is also leading activities aimed at attracting and retaining top talent across Canada to support the firm’s clients with the highest level of expertise in the marketplace.

John brings more than 25 years of commercial real estate and retail leadership experience to this new role. He most recently served as Managing Director of a boutique commercial real estate consulting firm, offering owners and space users services to help turn critical and complex real estate issues into opportunities of growth. John has held various executive positions at leading commercial real estate firms, including Triovest Realty Advisors where he served as Senior Vice President, Retail Canada & National Business Development, and was responsible for the firm’s 4 million square foot Canadian retail properties portfolio. Before his tenure at Triovest Realty Advisors, he was part of Cushman & Wakefield’s Canadian leadership team for 16 years where he held various positions including Vice President and General Manager of the Edmonton operations; Senior Managing Director of the Toronto East operations; as well as, National Retail Director, Canada, where he was responsible for the strategic direction and development of the national retail service line, overseeing 45 retail specialists across Canada.

John’s real estate career started in 1986 in Toronto where he was a successful office leasing specialist with Royal LePage Commercial. From 1994 to 1998, he was Director of Leasing for Oxford Properties Group, one of Canada’s largest owners of commercial properties. In 1998, he rejoined Royal LePage Commercial as Vice President and General Manager of its Edmonton operations and then returned to Toronto in 2000 as Senior Managing Director of its Brokerage Services, to manage over 75 people in the Toronto Suburban Operations for Cushman & Wakefield until 2010 when he became responsible for providing strategic direction and developing national and international sales and brokerage opportunities for Cushman & Wakefield’s Canadian retail business line.

John is a member of a number of professional associations including the International Council of Shopping Centres (ICSC) and the National Association of Industrial and Office Properties (NAIOP). He is also a past Board Member for the Commercial Council of the Toronto Real Estate Board (TREB), Board of Director for the ICSC Foundation for Canada, Senior Advisor for the 2019 Diversity, Equity & Inclusion (DEI) Council, 2019 Chairman of the Canadian ICSC Convention, 2019 Provincial Chair for ICSC in Ontario, an appointed member to the Canadian Research Group (CRG), a Canadian representative of the North American Research Task Force (NARTF) and recently received the ICSC Global Gold Medallion Award for his contribution to retail. A noted industry spokesperson, John has been the keynote speaker at a number of conventions and seminars and has been an expert resource for articles and news reports in various publications such as the Globe & Mail, Toronto Star, Canadian Business, BNN and CTV television.

John earned his Honours Bachelor of Arts Degree in Urban Development from Western University, is a licensed Real Estate Broker in the Province of Ontario and a member of the Institute of Corporate Directors and holds an ICD designation.

John G. Crombie, ICD.D
Manage Cookie Consent
To provide the best experiences, we use technologies like cookies to store and/or access device information. Consenting to these technologies will allow us to process data such as browsing behavior or unique IDs on this site. Not consenting or withdrawing consent, may adversely affect certain features and functions.
Manage options Manage services Manage vendors Read more about these purposes
View preferences
{title} {title} {title}