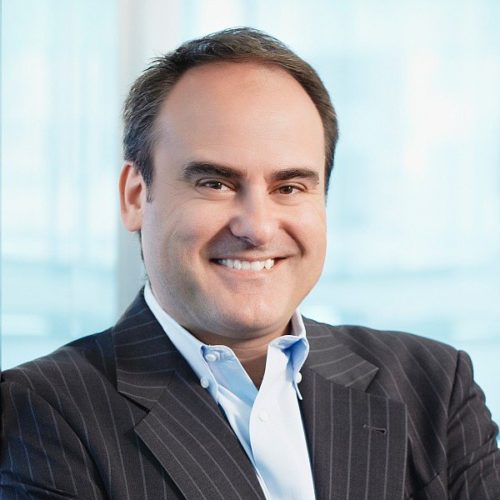 John is the Founder and Managing Partner of Maverix Private Equity, a private equity firm focused on technology-enabled growth and disruption investment strategies. As a firm run by entrepreneurs, funded by entrepreneurs, and for entrepreneurs, Maverix is investing out of its inaugural fund in the areas of health and wellness, financial services, transportation and logistics, live, work, play and learn, and retail. John chairs the Investment Committee, guides the strategy of the firm, is deeply involved with sourcing and leading investment opportunities, particularly within the technology industry. He joined the Board of Viral Nation, Maverix Private Equity’s first investment.

John is also the Founder of OMERS Ventures and Co-Founder and Vice Chair of the Council of Canadian Innovators. Over the course of his leadership as the CEO of OMERS Ventures, they invested over USD$500 million in over 40 disruptive technology companies across North America, including growth investments in Shopify, Xanadu, Wattpad, Wave, Hootsuite, Rover, Desire 2 Learn, Hopper, DuckDuckGo, TouchBistro and League. During his tenure at OMERS, John also formed OMERS Platform Investments, and as its Executive Managing Director, he led investments in Purpose Financial, PointNorth Capital, District Ventures, OneEleven and ArcTern Ventures. John co-founded the Council of Canadian Innovators with Jim Balsillie, a non-profit organization dedicated to helping high-growth Canadian technology firms scale globally.

As an active board member in the profit and not-for-profit sectors, John works with many leading innovative organizations including AI Partnerships Corp., engineering.com, Ether Capital, OneEleven, ArcTern Ventures, RIV Capital, the David Suzuki Foundation, the CIBC Foundation, the Royal Ontario Museum, Caldwell’s Top 40 Under 40, the Investigative Journalism Foundation, and the SSB Dean’s Global Council (DGC) for the Schulich School of Business.

Throughout his career, John continues to be recognized for his unparalleled contributions to the growth of the technology sector and expansive vision of Canada’s economy. For instance, in 2014, John was recognized as Canada’s #1 of 100 Most Powerful Business People by Canadian Business Magazine (#3 in 2015) and was selected as one of Toronto’s 50 Most Influential People by Toronto Life (#16 in 2015, #40 in 2016, #26 in 2017). In 2018, John was honoured with the Order of Merit of the Italian Republic, making him a fifth Class Knight. In 2020, John became a Fellow of the Chartered Professional Accountants of Ontario (FCPA).

All Sessions by John Ruffolo

John Ruffolo
Manage Cookie Consent
To provide the best experiences, we use technologies like cookies to store and/or access device information. Consenting to these technologies will allow us to process data such as browsing behavior or unique IDs on this site. Not consenting or withdrawing consent, may adversely affect certain features and functions.
Manage options Manage services Manage vendors Read more about these purposes
View preferences
{title} {title} {title}